The medicinal properties of mushrooms is becoming more talked about in recent years, one of the most popular being lion’s mane mushroom. It gets its name from its appearance as it resembles a lion’s mane. According to Health Line, “lion’s mane contains bioactive substances that have beneficial effects on the body, especially the brain, heart and gut.”

Let’s check out some of the health benefits of lion’s mane mushroom.

The brain’s ability to grow declines with age which may explain why mental functioning such as memory loss occurs in many older adults (1). Lion’s mane mushroom and it’s extracts have been shown to reduce symptoms of memory loss in mice, as well as prevent neuronal damage caused by amyloid-beta plaques, which accumulate in the brain during Alzheimer’s disease. (2, 3)

Studies haven’t shown if lion’s mane mushroom is beneficial for Alzheimer’s disease in humans, it does appear to improve mental function. More human studies are needed.

2. Can help prevent ulcers in the digestive tract

Stomach ulcers are commonly found in the walls of the digestive tract. They are caused by two major factors:

2. Damage to the mucosal layer of the stomach often brought on by excessive use of NSAIDS (4).

An animal study did find that lion’s mane extract was more effective at preventing stomach ulcers brought on by alcohol than traditional acid lowering drugs and without any negative side effects. (7)

One study found that people suffering with UC (ulcerative colitis), when taking a mushroom supplement containing 14% lion’s mane, experienced significant improvement with their quality of life and reduced symptoms after just three weeks. (8)

Chronic inflammation and stress is at the root of many modern illnesses. Research shows that lion’s mane contains powerful anti-inflammatory and antioxidant benefits that may help reduce the impact of these illnesses. (9)

One study examining the antioxidant abilities of 14 different mushroom species found that lion’s mane had the fourth highest antioxidant activity and recommended it be considered a good dietary source of antioxidants. (10)

Lion’s mane mushrooms may also help reduce some of the health risks associated with obesity, as they have been shown to decrease the amount of inflammation released by fat tissue. (11)

It’s been shown in animal research that lion’s mane mushroom can boost immunity by increasing the activity of the intestinal immune system, which protects the body from pathogens that enter the gut through the mouth or nose. (12)

One study found that supplementing with lion’s mane extract daily nearly quadrupled the lifespan of mice injected with a lethal dose of salmonella bacteria. (13)

No studies have been done to show the potential side effects of lion’s mane mushroom extract but they do appear to be very safe. While there does need to be further research done in this area, the data that exists appears promising and safe which is why we included it in our immunity boosting supplement Revive+. 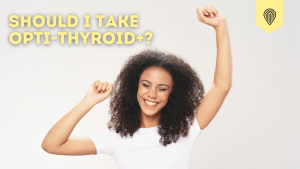